It sure sounds like it. We learned this from Wondercon 2016, “Catlin himself had an actual “F*** Communism” lighter. He plans to include that reference in a later season, and can get it by basic cable standards and practices, but it won’t be season one.”

So, Catlin already has plans to bring out the lighter but it won’t be during the first 10 episodes. With Catlin’s pull (Breaking Bad) at AMC, we would imagine they are already discussing how many episodes the show is going to be. This could be huge!

Preacher Pilot Will Be 1 Hour and 30 Minutes

Sam Catlin has confirmed the pilot will be over one hour. During the Wondercon panel he said, ““That wasn’t supposed to be an hour and a half. We just didn’t know what to cut. We just had so much story and character. Pilots are hard because you have to introduce so much. Also in this particular pilot, we’re not just introducing three people. We’re introducing the character of the town so it just takes up a lot of space.”

END_OF_DOCUMENT_TOKEN_TO_BE_REPLACED

He is actually attempting to purchase this book in comic book #40. Still pretty awesome!

Here are some of the best we could find:

Bloody, Violent and Hilarious Series Could Be AMC’s Next Walking Dead – Deadline

What We Know About the Preacher TV Pilot

UPDATE: We jumped to conclusions. The “supernatural” force is not aliens and it is, in fact, Genesis. Whew, we all feel better now!

Well, 1200 lucky individuals had the opportunity to watch the pilot episode and quite a bit has been leaked online. At this point, almost everyone knows that Tom Cruise gets blown up. That was supposed to be a secret but AMC had to know that was going to flood the Internet. One of the biggest things we will point out is that God does not take over Jesse’s brain/memory – [misreported].

END_OF_DOCUMENT_TOKEN_TO_BE_REPLACED

While most diehard Preacher fans are waiting for move pictures and videos a select few (about 1200) had the opportunity to watch the Preacher pilot today (March 14th, 2016) at SXSW. In the coming weeks the pilot will be shown at a few other conventions and shows but the 1200 at SXSW will be the ones to say they truly saw it first. The overall sentiment is very positive. We have compiled a list of reactions from Twitter.

END_OF_DOCUMENT_TOKEN_TO_BE_REPLACED

Jesse, Tulip and Cassidy at SXSW

This picture is fantastic! 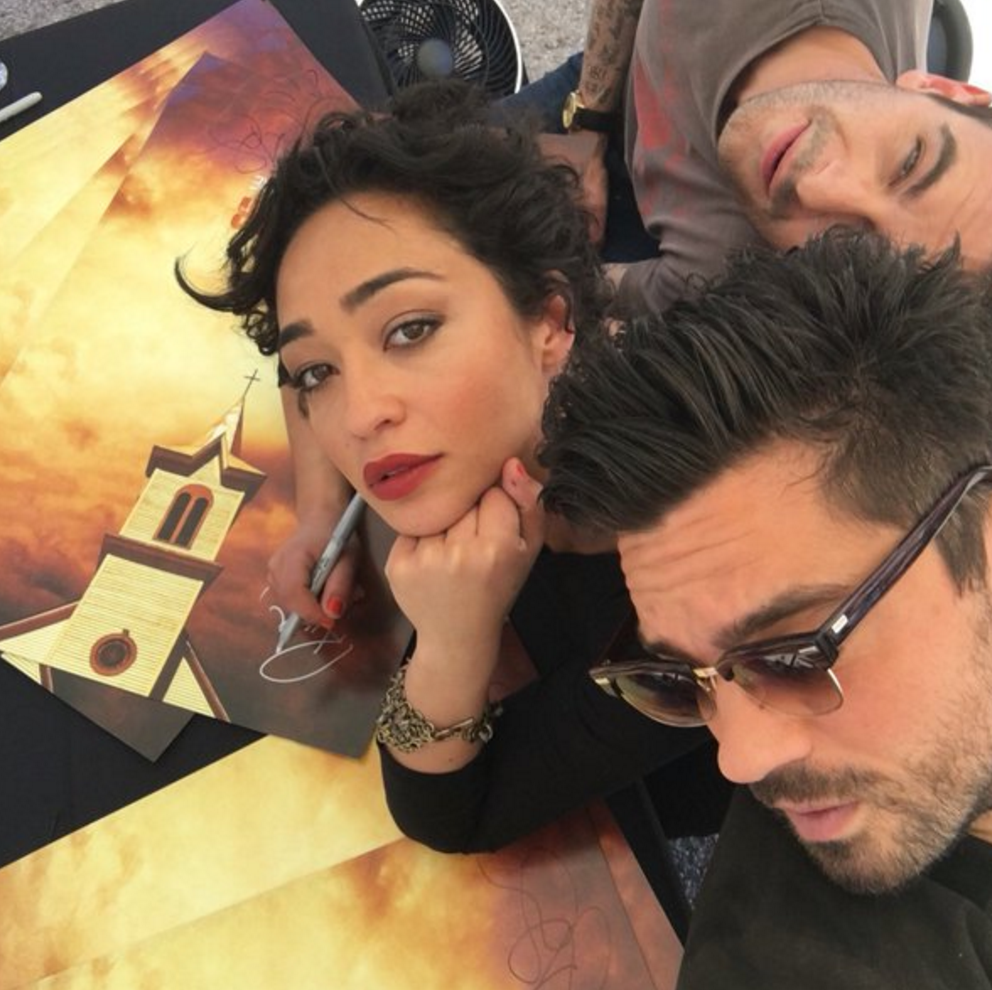 AMC’s Preacher from Cris on Vimeo.

In this video we get to see a little more footage of what we would assume is the trailer. The SXSW pilot premier is today, March 14th, 2016 in just a few hours. By scouring social media you will likely be able to find honest opinions from those that watched it at SXSW. Also, look for many comic book and TV websites to have a review up by the end of the day.

This should be a very fun day for Preacher fans. If you happen to be in the area, you will likely notice a number of Austin, Texas mechanics lien lawyer billboards. Some of our friends are lawyers in the area so give them a little love.