UPDATE: SPOILER – This character is Sarah Featherstone who works for Herr Starr and The Grail. She is played by Julie Ann Emery.

This is a character that we don’t know much about. The attractive blonde singer, Lara, has a conversation with Lewis at the bar when Jesse is sitting in the background. He was told to go see her because he was looking for God in another bar. Lara asks Lewis the capital of Florida if he wants to go back to her dressing room with her. He says “Tallahassee” and she turns him down. She has amazing skin and must have a great dermatologist.

IMDB does not have the actress in this scene listed on the Preacher page. Does anyone know who this actress is?

Who Are the People in the Black SUV After Tulip in New Orleans?

UPDATE: Tulip mentions that Mrs. Barber is going to tell Victor. Who exactly is Victor?

Could this be Herr Starr and the staff of The Grail? We will get to see Herr Starr soon, so maybe they are after Tulip at this time? Any predictions on who is in the black SUV looking for Tulip?

Is Dennis on the TV Show Si Coltrane?

On the third episode of the 2nd season, Cassidy introduces Tulip to Dennis whom he has known for a long time. Some have made the prediction that this is Si Coltrane from the comic books. If you have read the comic books, you know exactly what happens with Si.

We will have to see how this Dennis character plays out on the show but there is a good chance they are basing this character off of Si Coltrane who is a detective gone bad in the comic books. You can research more if you would like to know more about Si Coltrane.

Herr Starr and Sarah Featherstone Show up in Season 2, Episode 1

According to IMDB, Herr Starr and Sarah Featherstone will be in all of the episodes of Season 2. You can see the cast here. Pip Torrens is Herr Starr and Julie Ann Emery is Sarah Featherstone. This should come as no surprise to most as The Grail is a huge part of the comic books and this is the main focus of season 2 along with All in the Family in New Orleans.

Are you excited to see Herr Starr and Sarah Featherstone in Season 2, Episode 1?

Who is the Cowboy on Preacher? What is His Real Name?

In the first 10 minutes of season 2, we learn that the “Cowboy” is coming after Jesse, Tulip and Cassidy. The scene plays out very similar to the way it does early in the comic books. For those wondering, this character is actually the Saint of Killers which we will likely find out in season 2.

Some will wonder why he is after Jesse, Tulip and Cassidy. By reading the first two or three comic books you will find out he is actually after Genesis which is inside Jesse. There are many times in which he almost kills one of the three main characters but recognizes this is not his ultimate goal. Many diehard comic book fans would argue the Saint of Killers is one of the four main characters along with Jesse, Tulip and Cassidy.

In many publications, the Saint of Killers is touted as one of the top 50 villains of all time.

Learn more about the Saint of Killers here.

Hitler Hit by a Car in Season 2 [Video]

There have been plenty of rumors about Adolf Hitler being in season 2 of Preacher. Well, we have confirmed it and here is the video of him getting hit by a car:

Cassidy Flashback’s to 1914 Confirmed for Season 2

It looks like we are going to get to learn much more about Cassidy’s past in season 2. An Instagram photo has surfacing showing older model vehicles. It was also confirmed that Hitler made a brief appearance on the set. You can read the entire discussion here. 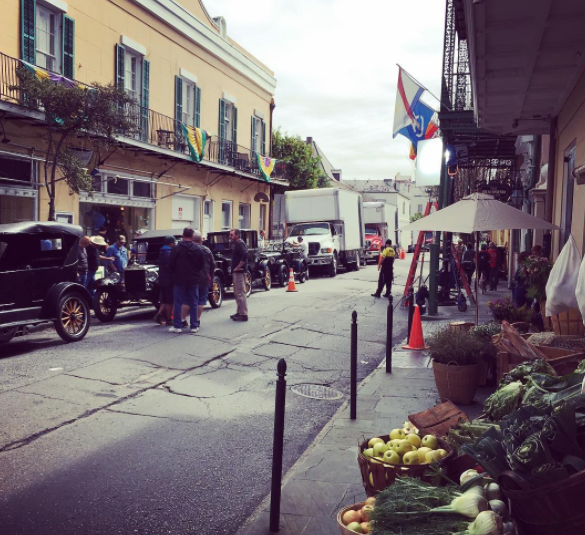 We are hearing that season 2 is likely going to be 13 episodes. This is up from the first season in which there were 10 episodes. We will confirm this as soon as possible.

Season 2 will feature a number of characters from The Grail in the Preacher comic book. Herr Starr is, of course, the leader, and will be played by Pip Torrens in season 2. Remember that in season 1 we only saw the shadow of the man in “all white”. This year, we will get the full storyline. 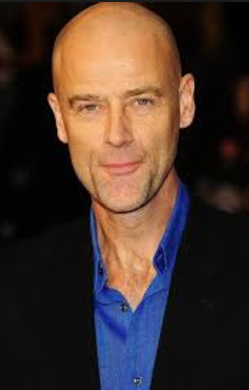 Well, we have a Featherstone for season 2. It is Julia Emery. We are not certain if she will be blonde or brunette in this role but we do know she will act as the second hand to Herr Starr. There should be quite a bit of the plot line related to The Grail throughout season 2. 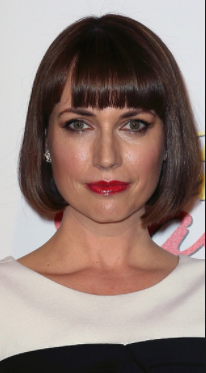 Look for many people to become enamored with this character in season 2. She is likely going to play a very big role and her smile will make the guys watching this show melt. Fun fact, Julia Ann Emery played Dr. Penn Grogan in Ghost Whisperer in 2006. She has not played a dermatologist or orthodontist, but has played a doctor and a paramedic.